It's been one of those days in the ER! With the beginning of Memorial Day Weekend and the start of the lake season, it leads to seeing some interesting injuries and hearing some crazy stories.

However, my favorite thing today is that my son lost his first tooth! 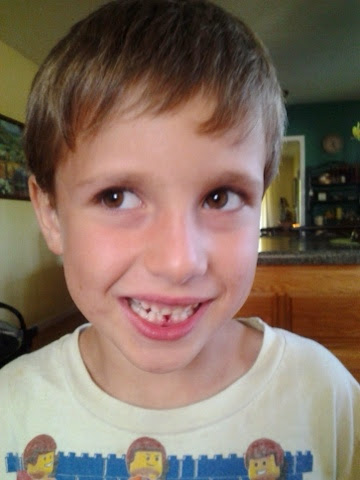 Bummer that I had to work and missed out on it, but I'm so excited to play Tooth Fairy for the very first time tonight. He's growing up so fast. (And that was his very first tooth that ever came in *sniff*)
at 5:37 PM No comments:

Time to get back into a posting habit, so here's five things about today.

1. Today was my only day completely off this week, and it worked out perfectly that it was Michael's day off too. 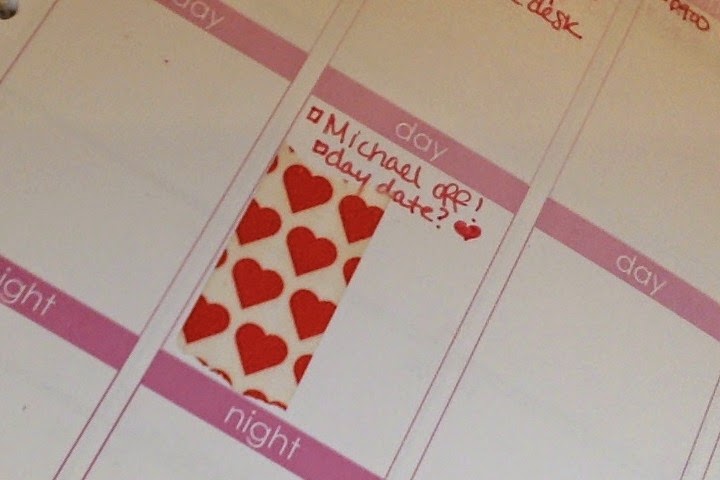 We did have a day date! We went out to breakfast together after we dropped off the kids at their schools, and just spent the day enjoying each other's company and getting errands done (plus Dutch Bros and a nap).

2. I bought my first roll of washi! (as pictured above) I've been seeing the cute patterned masking tape around for a bit, and I decided to finally buy a roll for funsies. I think I might get a few more rolls, because the kids (well, at least the six year old) seem to get a kick out of it too. This is just Duck Tape brand I found at Walmart, but I know some people get it from Etsy, eBay, and other places. 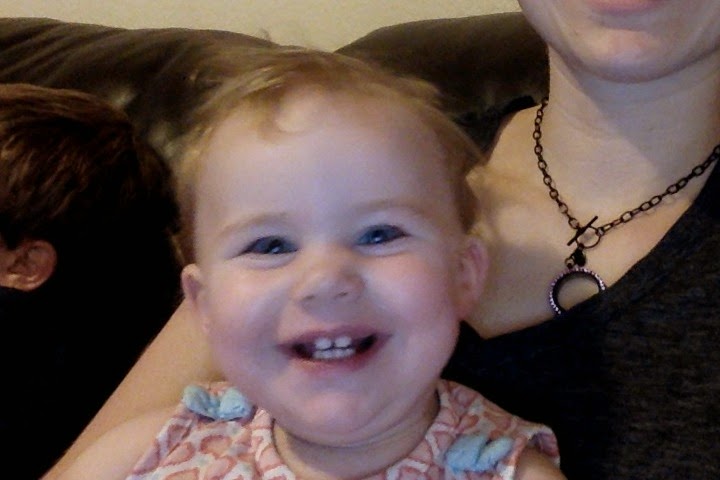 I was trying to get a picture of her cute little pigtails she has in today, but she's at that age where she just won't hold still. This picture was actually taken with PhotoBooth while Daddy was playing peek-a-boo behind the computer!

I can not believe she is already sixteen months. I was looking at pictures from her first birthday, and the difference in just four months is staggering!

4. We picked up The Nut Job from Redbox for family movie night. It's cute so far! This little guy is enjoying it at least, plus it has Will Arnett in it (GOB love for life). 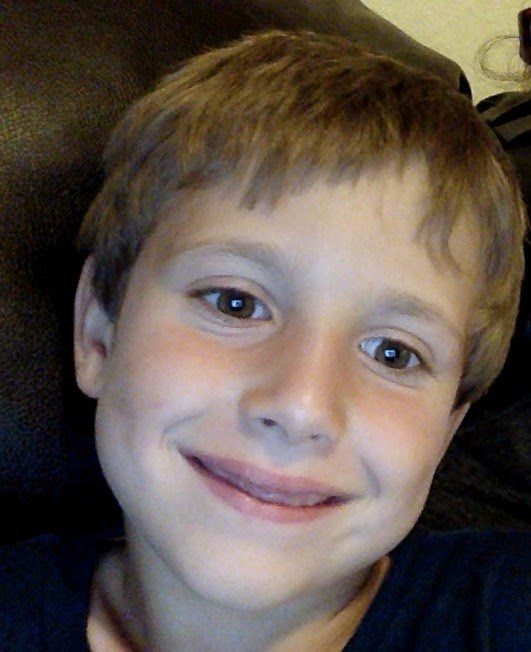 5. So it looks like a group of coworkers are going to apply for entry to the Nike Women's Marathon, and I'm thinking I'm going to join them and apply for the half-marathon! I've been picking up my running mileage again since school ended (going from um... zero miles per week), and I should be in half marathon shape by October.

In the meantime, I'm running slow. Very slow. If I don't start seeing a lot of improvement soon, I'm definitely going to have to readjust my very ambitious goal time for my first half. Today's run was two miles at a blistering 10:23 min/mile pace. However, it was a recovery run, and I'm up to seventeen miles so far for the week. I've been using Hanson's Half-Marathon Method's "Just Finish" plan to gradually build up my mileage.

And there we go. Sitting down to actually blog, rather than surf the web, is the hardest part.
at 8:39 PM No comments:

I have a weird type of paralysis when it comes to blogging.

I have so many ideas and things I want to write about and then I stumble upon articles about the business of blogging and pictures and Pinterest and SEO and all that jazz and I feel... inadequate. I don't know how to grab attention and monetize and have my ish go viral, and so then I don't do anything.

All I want to do is write fun blurbs about stuff that interests me, like I used to back in the Dark Ages (read- late 1990s/early 2000s, when Blogger first came into existence) of the Internet. So I am.

I still can not get over how much FREE TIME I feel like I have during this school break. After a full semester of fitting in classes, clinicals, and homework around our family's schedules of work, school, and (trying to) maintain the household, subtracting all the school stuff leaves a gigantic amount of free-feeling time.

I spent the first week just enjoying ONLY having to go to work. All the rest of the time, I've been enjoying being able to spend time with my kids and my husband without having the nagging feeling in the back of my mind that I always need to be doing something school-related. It's been amazing.

Now, I'm systematically trying to reorganize the entire house and restart my running routine to prepare for a half-marathon in October, and I'm beginning to get bored and ready to go back to school and learn more nursing stuff.

Trust me when I say that it's not you. It's me. Nursing school was zapping the life out of everything around here! However, finals are over, everything is turned in, and I have officially completed the first semester of the nursing program. *fanfare*

Back it up a bit, and let me tell you, world, a lot has changed in the past three months.
at 3:51 PM No comments:

Welcome to my place in cyberspace!